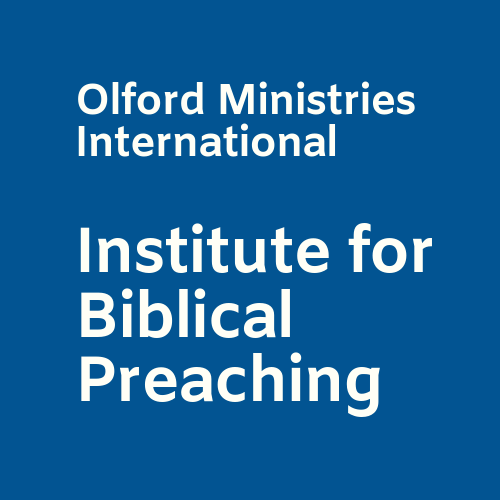 This past Monday I was asked to speak at a memorial service for a dear Christian man who died quite abruptly due to illness. Recently this brother in Christ lived in another State, but previously he was a committed volunteer in the children’s ministry of my home church here in the Memphis area (Collierville).

I was asked to share some Biblical texts affirming our Christian hope, which I did gladly.

Comfort comes to us in the midst of grief knowing our certain and living hope in our Lord Jesus Christ. The future of the believer (after death) is a glorious one due to the resurrection of our Lord, and the promised inheritance that is ours in Him. The New Testament Scriptures give the comforting assurance that those who died in Christ are with Him at death and will not be left out when Christ returns. Praise the Lord!

I was asked also to share thoughts on another Biblical text. So, alongside of words of comfort found in the Scriptures, there was also a word of challenge based on Romans 12:1-2. This challenge was particularly appropriate because it was in keeping with the kind of life that this Christian brother had lived. Let’s consider this familiar text.

“I appeal to you therefore, brothers, by the mercies of God, to present your bodies as a living sacrifice, holy and acceptable to God, which is your spiritual worship. Do not be conformed to this world, but be transformed by the renewal of your mind, that by testing you may discern what is the will of God, what is good and acceptable and perfect” (ESV).

These words, as you know, come after the Apostle Paul has presented and defended his gospel. This call to commitment is an authentic call based on the gospel and the mercies of God. It is not a call to earn favor or merit with God.

To summarize this gospel and to illustrate God’s grace and mercy as presented in Romans 1-11, some have learned versions of what is called “The Roman Road.” These verses are a good overview of the personal aspects of the gospel.

To paraphrase, here is my version:

“I am not ashamed of the gospel, for it is the power of God for salvation to everyone who believes, to the Jew first and also to the Greek. For in (the gospel) a righteousness of God is revealed from faith to faith, as it is written, ‘the righteous shall live by faith’….

For God demonstrated His love towards us in that while we were yet sinners, Christ died for us…..

For the wages of sin is death, but the gift of God is eternal life through Jesus Christ our Lord…….

For there is now no condemnation for those who are in Christ Jesus…..

For if you confess with your mouth that Jesus is Lord and believe in your heart that God had raised Him from the dead, you will be saved. For with the heart one believes and is justified, and with the mouth one confesses and is saved,….

This authentic call of the gospel is a call for authentic commitment (12:1). The Apostle uses the language of sacrifice to emphasize this total authentic commitment. Sacrifices were to be totally given and consumed. Sacrifices were given over completely to God, nothing is held back.  Furthermore, sacrifices were to be presented in an appropriate way for the pleasure of God. They needed to be holy and acceptable. To emphasize the real personal and practical aspect of this commitment it is said to be a living sacrifice. This is not the offering of a dead animal, this is an offering of the total person (expressed in the word “bodies”) totally given to God. This sacrificial dedication is to be made by those who have embraced the gospel and are alive in Christ. This is a call to all true believers, it is not just expected of a few elite Christians. It is the personal and corporate surrendering of life to God because of His mercy and grace.

The Apostle emphasizes the authentic and appropriate nature of this sacrifice by referring to it as our “spiritual worship.” This phrase indicates that this is the response, indeed the life-worship that is appropriate in the light of all that God has done for us.

How can we put these sacrificial ideas into contemporary words? Well, you may have heard or used the phrase “all in.” That is what the Apostle is calling for in these verses. There is no holding back. All is given, yielded, committed, indeed offered to the Lord in a way that pleases the Lord. All of life is to be lived in surrender and as worship to the Lord. We are to be “all in” – total dedication.

The Apostle goes on to call for another aspect of this authentic commitment and that is a willingness to be transformed (12:2). Negatively, the saved person (by the grace of God) is not to be conformed to this age or world. The sinful way of life from which the believer in Christ has been saved needs to be left behind. There is a separation that is in keeping with salvation. Furthermore, by the renewing of the mind the believer is to be transformed. Although not spelled out here, it is through the Word of God and the Spirit of God that such a transformation takes place. This transformation will involve a commitment to surrender to this purpose for our lives. What purpose? God’s purpose for our lives which is to make us more and more like Christ (Romans 8:28-30). This is an inner personal and corporate renewal and it is God’s way of enabling us as His people to discern and ultimately to live in the will of God.

I was asked to share the following story at the memorial service. It has direct relevance to the authentic call to authentic commitment found in Romans 12:1-2.

My father, Dr. Stephen Olford, born in 1918, lived the first seventeen years of his life in the country of Angola (formerly Portuguese West Africa). My grandparents were faithful missionaries in Angola for many years.

After seeing God’s mighty works in the Angola mission, my father traveled to England to study engineering. During these engineering days, he developed a great interest in motorcycle engines and began racing. During these days, according to my father’s own testimony, his spiritual life grew colder compared to the fiery spiritual days back in Angola.

Well, one night coming home on his motorcycle after racing and winning, my father developed front wheel wobble; he crashed, was concussed, and lay on a cold icy road for some time. After he was found and cared for, my father developed serious pneumonia and was sent home with no real hope of living; maybe two weeks to live. He was seriously ill and there was no available treatment for him. A spiritual battle was taking place inside my father’s “heart” as well.

But, a letter did arrive addressed to my father from his father. It was written by my grandfather with no knowledge of what had happened. As my father tells the story he was used to receiving information about the ministry in Angola in such letters and possibly news of a recent hunt. So, even though discouraged, my father opened the letter. This letter gave very little news, but it did say something like this:

My son, this is of the utmost importance:

“Only one life ‘twill soon be past.

Only what’s done for Christ will last.”

The words pierced my father’s heart. And as he tells the story, even though weak in body, he got out of bed and knelt in surrender to the Lord. He prayed, he prayed a prayer of dedication, he prayer an “all in” prayer. He also asked to be healed and God granted that request.

That act of surrender at a time of crisis marked a turning point in my father’s life. He let go of Stephen Olford’s plans and gave himself fully to the Lord. It was an “all in - Romans 12:1-2 moment” that impacted his life until he died at the age of 86 on August 29, 2004.

Ultimately, he would come to see that

“Only One life ‘twill soon be passed,

Only what’s done for Christ will last”

could be matched with

“Only one life, twill soon be past,

Only what’s done through Christ will last.”

We do have “only one life.” The number of our days are unknown to us, but planned by God. So, we need to be “all in” during the days the Lord gives us. It would be wonderful if, at end of our lives, the witness of our lives would be that we were “all in” as an appropriate life response to the mercy and grace of God in Christ. 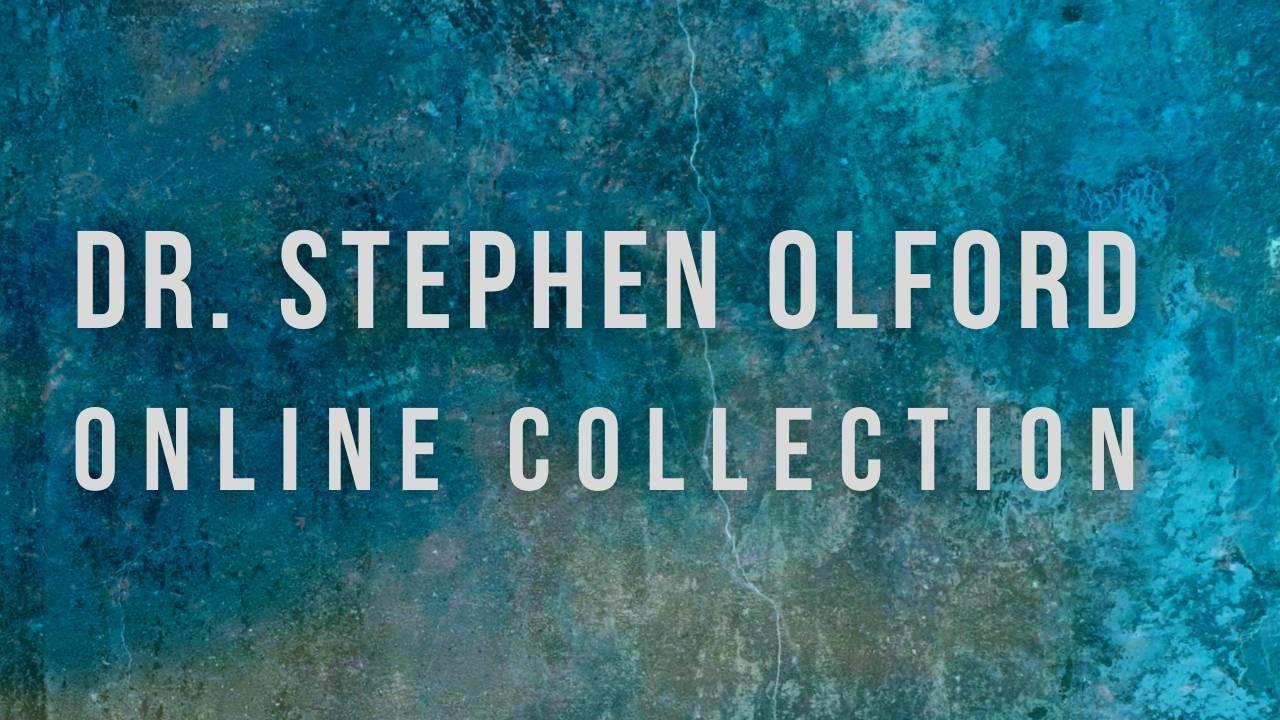